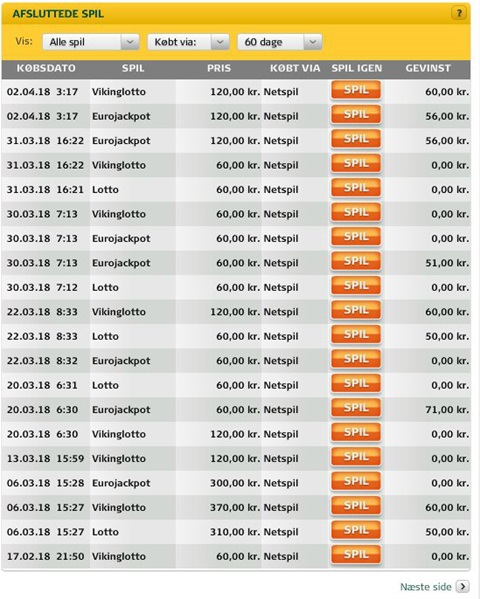 Buying lotto for March 6th was a failure. I bought lotto tickets for 980 DKK, and I only won twice, resulting in a return of 110 DKK, which is 11% of the paid amount. This poor result was hardly a surprise, since March 6th had the lowest score (just above zero) in the prediction curve. Anyway, the bad result for March 6th made me change my approach - the rest of the month I did not buy for more than 240 DKK on a given date. March 13th I also bought a lottery ticket, but it was not part of this experiment.

The rest of the dates in the illustration I spent 240 DKK each date including April 2nd, which was part of the wave, 5 dates all together. Altogether I spent 1200 DKK. 45% of this amount is paid out as winnings - the same as 540 DKK. How much did I win? 404 DKK. Seen from a pecuniarly perspective, the experiment was a failure.

The problem is of course that the wins were too small. 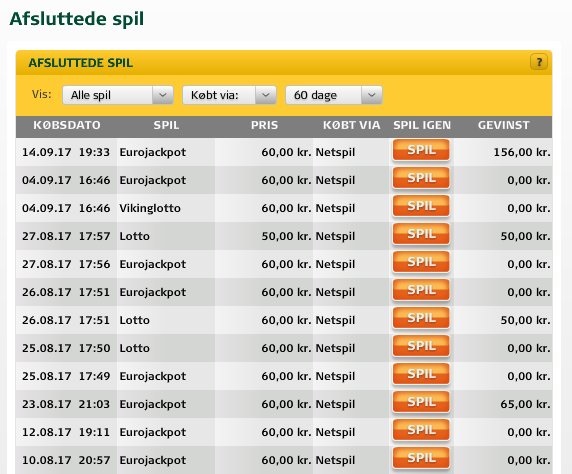 Figure 1: Example of winning every 3rd time with my old lotto system in 2017.

Improvements to the System

As I have mentioned initially this lotto system can be improved all the time, both when I loose and when I win. And I can add data from other people as well.

I added my own data from March - and 8 big time winners, whose wins of course got more weight than my own small wins. The result can be seen in the below bar diagram: 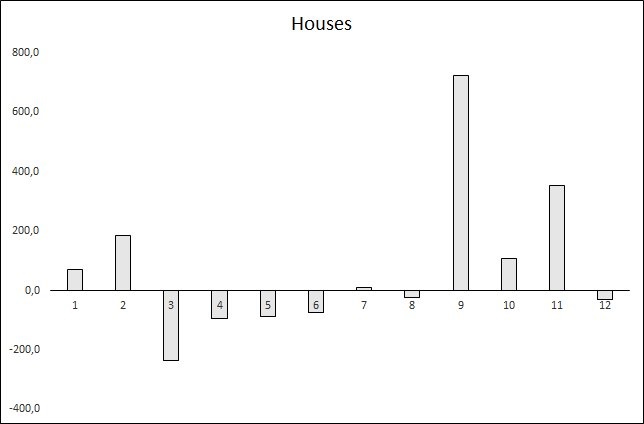 Altogether it is an altered picture we see since my first attempt.

The new results make it much more easy to select dates for buying lottery tickets, since the outcome of such purchases primarily depends on the 9th house aspects. 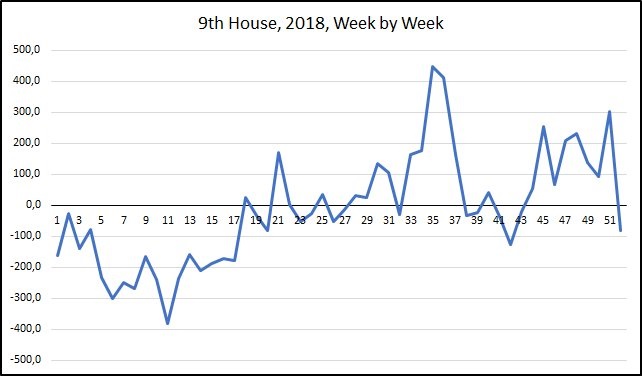 In Figure 2 I have isolated the aspects with my 9th house rulers (Jupiter and the ruler of the 9th house in my natal chart).

Conclusion: This experiment will continue - but the next results will not be published before some time in June 2018 at the earliest.

If I use the aspects from May 2018 as input for my small neural network, I get a result as displayed in Figure 4. Remember, this diagram is about the distance between my personal aspects and the aspect present in the lives of 6 lottery winners, when they won a big price. That's why the zero bar seems to be raised in Figure 4 compared to Figure 3.

The flows in the two curves are almost identical, because the 9th house now plays such a prominent role for the outcome of the neural network. 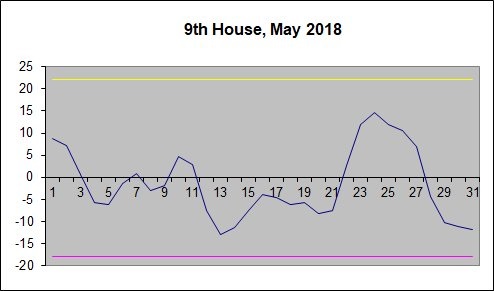 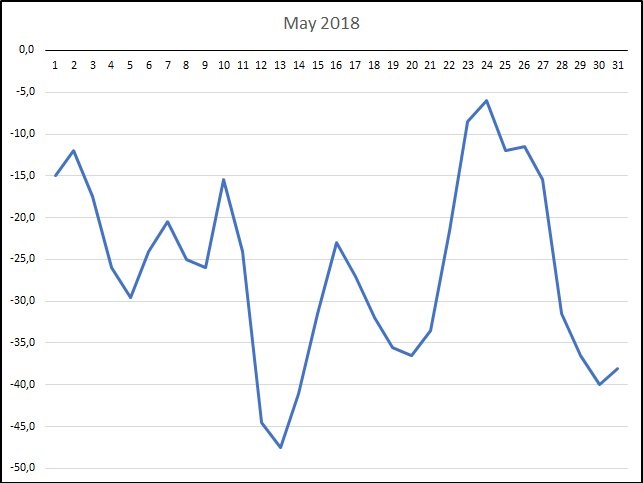 Figure 4: Output from neural network for May 2018