Disclaimer: I have never been able to make a profit by combining astrology with lottery systems, but I have been able to increase my chances of winning - but the wins have always been the "small potatoes". Nevertheless, you should remember that probability theory as we know it today was very much developed and discovered by gamblers, who wished to know exactly how big their chances were for winning in a given game. And probability theory is an important item in risk management in big organizations today.

Everybody needs physical exercise to some degree, but people are different. Some people find it easy to be active, and then there is the rest, who has to force themselves to be active in order to stay physically and mentally healthy. When I have a full time job, I can pull myself together to be physically active on average every second day: Go swimming, go jogging or go to the fitness center and do exercises there. But I am not active every second day. Sometimes I remain passive for up to 3 days in row, and some times I am active in up to 3 days in row. The question is: Is there a system in the apparently randomly choice of days that I am physically active – and is this system depending on astrology in some way?

In astrology the most popular way of doing prognoses is by using the so-called transits and progressions. Transits and progressions are movements of the planets, and when the planets form specific angles to each other seen from planet Earth, the astrologer calls it aspects. An aspect can be 0° (conjunction), 180° (opposition), 120° (trine), etc. An aspect is always a fraction of the circle, for instance the conjunction is 1/1, the opposition is 1/2, the trine is 1/3, etc. 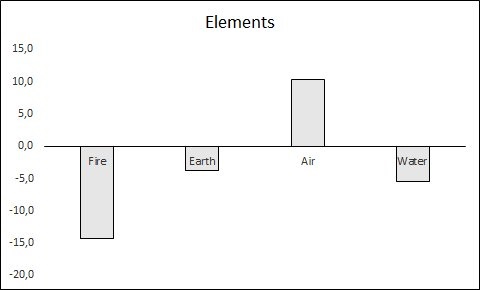 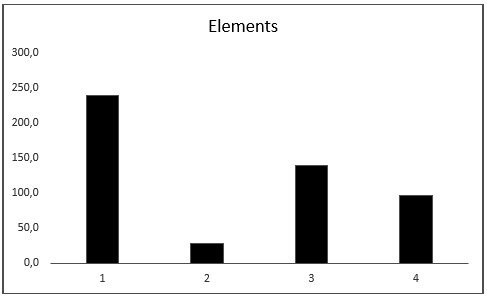 Figure 2: Lotto winnings versus the opposite, distribution among the four elements

The below bar chart shows the distribution of the planets / house-rulers depending on the aspects being either positive or negative – that is: favorable or unfavorable. It is easy to see that number 9 is the tallest column, which means that favorable aspects to ruler number 9 (= Jupiter and the individual’s 9 house ruler – which in my case is the Sun) are the strongest influence, when it comes to winning in a lottery. This observation is in accordance with traditional mainstream astrology, where Jupiter and the 9th house represent “good luck”. But even if the 9th house ruler is unfavorably aspected, you can still win, if other rulers receive favorable aspects: 1., 3., 5., 8. and / or 11. 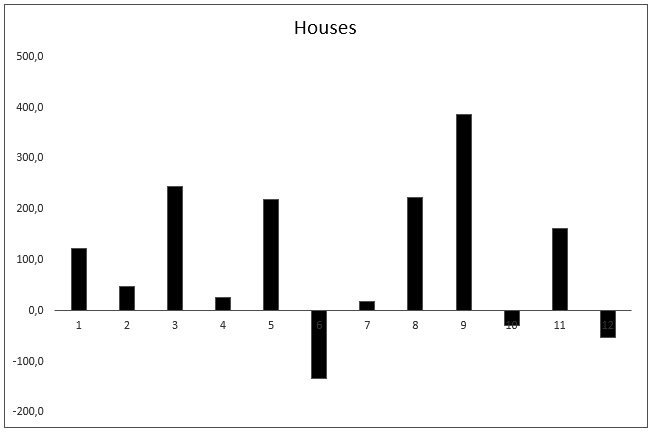 The next step in the process to purchase a winning lottery ticket is to take the astrological influences for each date in a month, e.g. in March 2018, and compare them with the known dates for gain and loss. Does this particular date ressemble a winning date or a loosing date? Actually this comparison is relatively simple, it is not rocket science. The results of the comparison can be turned into a new diagram – as shown below: 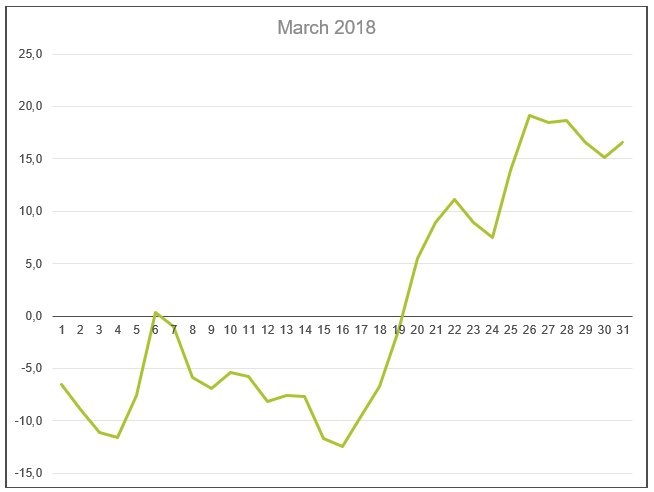 Figure 4: Prognosis for March 2018 regarding good luck with lotteries

Conclusion: March 6th and the last 11 days of March seem to be good.

The last step in the process to purchase a winning lottery ticket is to pick a date and a time interval based on the so-called mundane or common aspects, which are aspects influencing all people on planet Earth. The aspects from transit Moon are particularly important. March 6th is OK, and so are 4 more dates between March 20th and 31st. All in all 5 dates. For each of these 5 dates I found a time interval, where I expect to have good luck.

Gerald Selbee and his associates milked 27 million American dollars from 2 lotteries of over a period of 9 years – without breaking the law, simply by finding a way to outmaneuver the system, which was flawed.

Anyway, my new lottery system is still in its infancy. I intend to test it in March by investing 1,000 Danish kroner (= 166 USD) 5 times – or 5,000 Danish kroner (830 USD) altogether. Compared to what Gerald Selbee did it is not a lot, but in my world I know that my friends would become worried and think that I was about to develop ludomania, if they new, what I was about to do. The problem is that I have to raise my bets to a certain level in order to test my system, but there is also a level to how much I can afford to loose.

The following rules apply to the Danish lottery systems:

Based on these observations I made the following conclusions regarding the expected test results:

You can see the result of this initial experiment here.

Technical details about the system 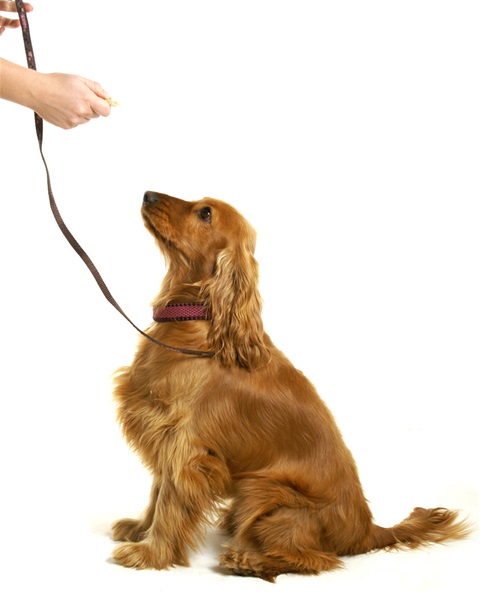 A system like this one gets smarter all the time. Every time I have bought a lottery ticket and the winnings have been published, I can add this particular date to the system, either as a winning date or a loosing date. In a symbolic way I punish the system for bad guesses, and I reward it for good guesses – just like I would have done when training a dog, for instance.

I can also make the system smarter by adding old lotto results, which I have logged previously, to the system. And finally I can add data from other lotto winners, provided I have their birth charts, the dates they purchased their lotto tickets and the outcome of the lotto tickets.